In the process of zero discharge desalination of industrial wastewater

At present, there are many methods for the final disposal of concentrated brine according to the actual situation of each enterprise and the surrounding water environmental capacity.

(1) Direct discharge of surface water is not restricted by national standards such as Comprehensive Wastewater Discharge Standard (GB8978-1996) and Pollutant Discharge Standard for Urban Sewage Treatment Plant (GB18918-2002). So there are still some concentrated brine after treatment, so long as the content of various pollutants in the standard does not exceed the standard directly. Discharge into surface water or sea water.

The direct discharge of concentrated brine should pay attention to the following problems:

a. If the circulation ability of the outlet water is very strong, the high TDS concentration of the concentrated water will be rapidly dispersed, but if a large amount of concentrated water is discharged into the lakes, lagoons, shellfish breeding areas or high-quality fish growing waters with less salinity, it will cause greater toxicity.

b. The structure of the drainage outlet should ensure that the mixing conditions are met and no damage will be caused to the receiving water body, such as aquatic organisms, wildlife and surrounding areas. In high turbulence, a simple nozzle is usually used to discharge the concentrated water into a large amount of receiving water to ensure dilution and mixing. But in most cases, diffuser-type drains are used to improve mixing conditions.

(2) Deep well injection is a simple and effective way to continuously dispose of a large amount of concentrated reverse osmosis water, and it is not affected by weather conditions.

However, the process of deep well injection is very complicated, and the geographic conditions are quite special. The location of injection must be separated from the drinking aquifer, so the injection location is lower than all adjacent aquifers, and the permeability of rock and soil is relatively high to facilitate injection.The injection cost of deep well is high, the design and construction requirements are also high, and the possibility of contaminating groundwater sources exists, so this method should be carefully selected. 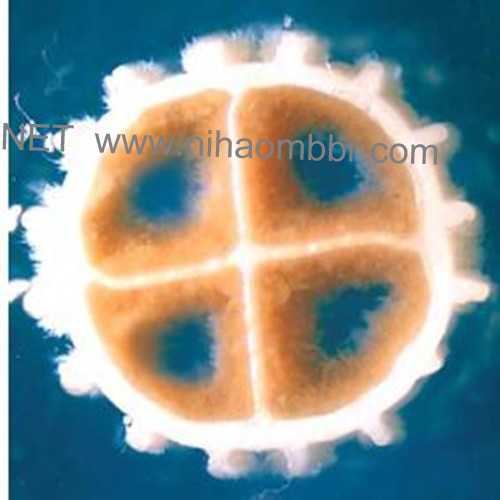 (1) According to the characteristics of production process, concentrated brine can be used for slag washing and humidity control.

For example, in the coal chemical industry, concentrated brine is usually used as dust and sprinkler for coal yard and ash yard. In iron and steel enterprises, concentrated brine is usually used for sprinkler for raw material yard, slag treatment for blast furnace or slag treatment for steelmaking. However, at present, most slag yards or coal yards require closed type, and the water consumption through humidification is limited.

In addition, the concentration of chloride ion in concentrated brine is high, and it is easy to corrode equipment when entering raw coal; the concentration of brine into ash yard is easy to cause secondary pollution, and it will also affect the quality of products for comprehensive utilization of ash and slag. Despite the above problems, dense brine is still widely used in some industries, especially in iron and steel industry, due to its low cost.

However, when concentrated brine contains pollutants of environmental priority control, it should be carefully used. A steel enterprise once used concentrated brine of coking wastewater to wash slag. Because there are a lot of volatile and semi-volatile organic compounds in coking wastewater, the odor is serious, which caused complaints from local residents and strikes by enterprise workers.

The evaporation pond has the advantages of easy construction, low maintenance and operation cost, and the use of solar energy.